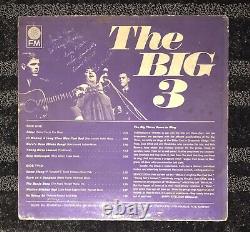 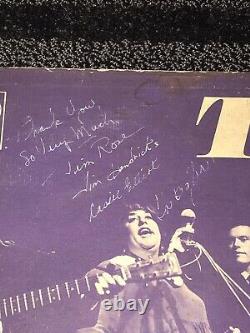 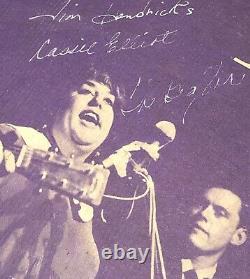 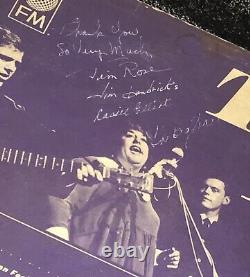 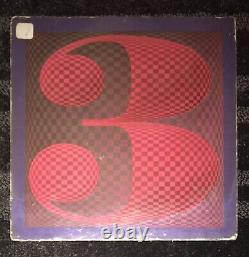 Rare signed Mama Cass Elliot Album. The Big 3 album signed on the reverse in white ink, "Cassie Elliot, " "Tim Rose, " and "Jim Hendricks, " with "Thank you so very much, The Big Three, " added in one of their hands. In very good condition, with wear to edges, scattered soiling and damp staining to reverse, a label affixed to the front cover, and signatures a shade light.

After the group broke up, she released five solo albums. Rock and Roll Hall of Fame. For their work as The Mamas & the Papas. The item "Cass Elliot Rare Signed Early Folk Album The Big 3 The Mama & The Papas" is in sale since Wednesday, February 8, 2017.